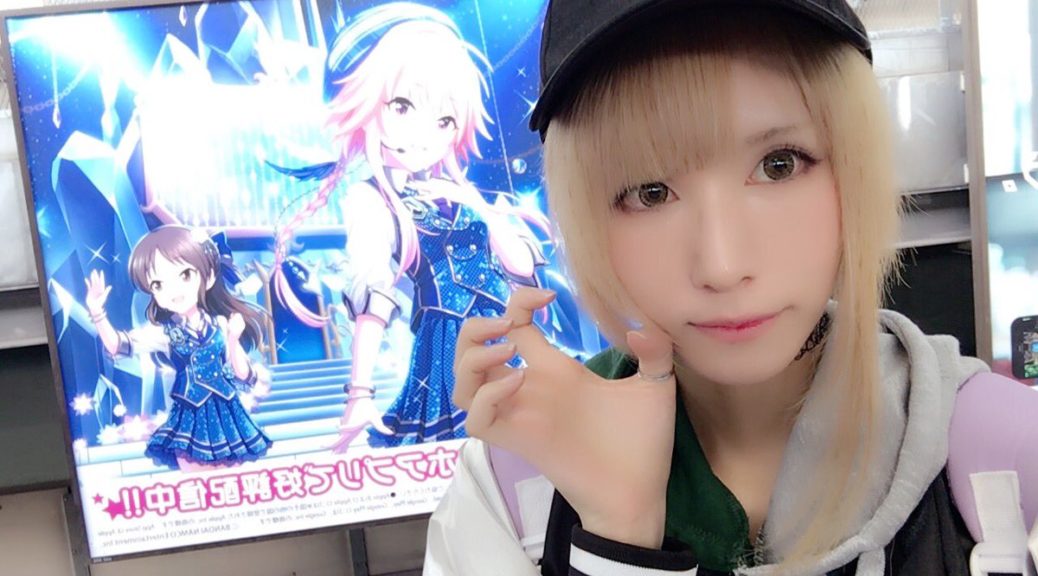 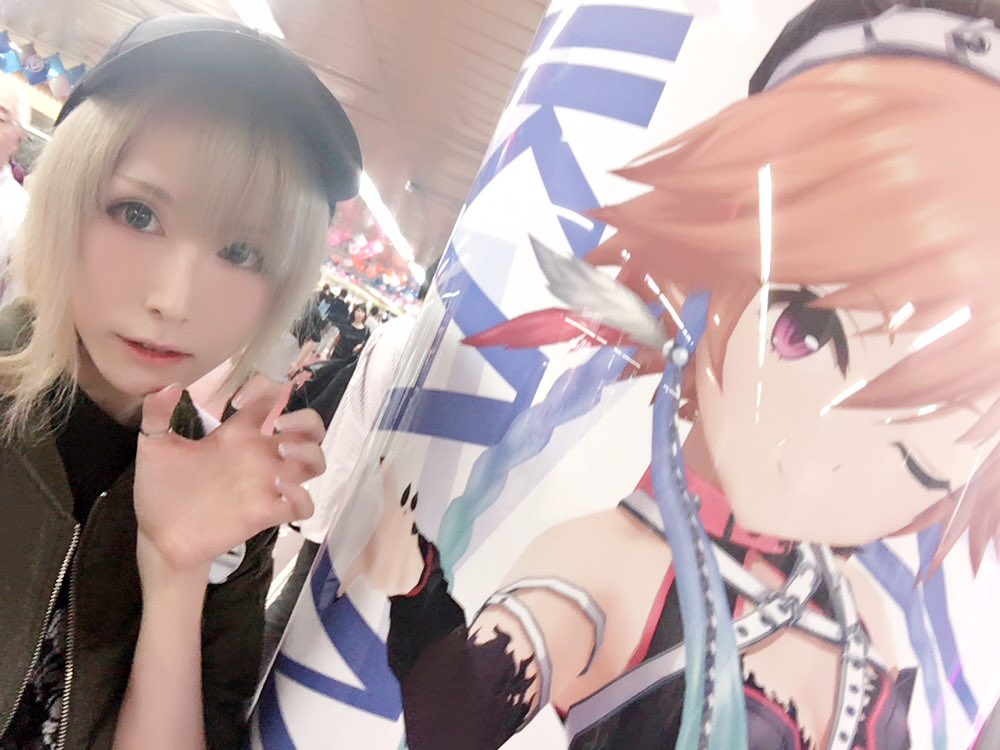 Before becoming a voice actress, Aoki Shiki was already known for her exploits as an avid MMO and MOBA gamer. But starting this year, she has joined the ranks of iM@S voice actresses as the voice of Ninomiya Asuka, the 14-year-old edgelord (❤) hailing from the crazy bunch known as Cinderella Girls.

In her own column on the website MANTANWEB, Aoki Shiki (also known as ‘Maou’) talks about how she became a voice actress and what led to her taking on the role of Ninomiya Asuka.

Aoki Shiki’s Demon Monarch Musings:
The key to the New World that
Ninomiya Asuka gave me

Aoki Shiki, a beginner voice actress known from e.g. the role of Ninomiya Asuka in the popular game Idolmaster Cinderella Girls. Referring to herself as boku, Aoki is a so-called bokukko. She also adds to that a rather unusual lineage of a core gamer who actively and thoroughly plays online games, such as League of Legends under the nickname of Maou (‘Demon King’). In this column, she writes about what has happened to her and other various matters as seen from her own perspective.

To those reading for the first time, nice to meet you! To the others, thank you for continuous support! I’m Aoki Shiki.

First, let me simply introduce myself for those who heard about me for the very first time in this column.

My name is Aoki Shiki and I’m a beginner voice actress belonging to Miki Production! My hobbies are games (especially online) and cosplay, also singing. I like my home and my cat, everything occult related (books, movies, etc.) and high spec PCs!

I have only recently made voice acting as the main focus of my job and before that I have been appearing as a gamer in various internet shows, as a model for magazines, in stage plays and so on.

I managed to get some jobs as a voice actress, which was my dream since childhood, but I am still an inexperienced beginner and I want to get many more anime roles!

Also, I love singing, so I want to do lives and since I love games more than anything else, I would be so happy to one day get a role in one of the games I love!

So, this essay will be about my meeting with the character I voice in Idolmaster Cinderella Girls, Ninomiya Asuka. Some may think, “You suddenly start with Asuka!?”, but for me, she is an incredibly important person.

I think that I first met Asuka around the end of last year. Before that, I have taken auditions for several titles, but as expected, the world of voice acting is harsh. It was especially harsh for me, who despite having some stage play experience, didn’t do many voice acting jobs, let alone went to any special school.

The year 2015 had just began. There was this one audition where I progressed quite far and thought, “I got it, right!?” My expectations went through the roof and when in the very end I got the message that I didn’t make it that time, it felt like something inside me crumbled. Is that what you call a heart-crushing experience? (lol)

Now, when I remember that ‘There is just no way it would go this smoothly in this harsh world, is there?’ moment, I’ve grown enough to be able to laugh at it. At that time however, it was as shocking as my expectations were high.

Looking at my age, starting work as a voice actress was becoming rather tricky too. I told my agency that if I don’t pass any auditions in 2015, I am giving up on this job.

At the end of that 2015, Asuka has come to me. When I think about it now, isn’t that what you call a miracle…?

Actually, I didn’t plan to go for Ninomiya Asuka’s audition. But maybe because of her atmosphere or maybe her lines, when my manager saw the manuscript for Asuka’s audition he apparently thought that she is ‘somehow like Shiki’ and told me about it.

Hadn’t my manager remembered about my existence at that time, I wouldn’t have met Asuka and would probably just become a shut-in no-life gamer.（a wry smile）

Ninimoya Asuka is a 14-year-old girl of the so-called chuunibyou type. Also, she has that cool and seemingly aloof look that I love so much! As a chuunibyou lover using the nickname ‘Demon King’, I was really excited when I got the manuscript for Asuka’s audition.

But above all, Asuka, who dreams of escaping her current everyday life, seemed to overlap with me at that time. It was this dream that made me attempt auditions, but since I’ve failed the ones I expected to pass, I didn’t feel like I had even the tiniest chance of passing at that time. Rather than that, there was this part of me that thought, “There is no way someone like me can pass, it’s a waste to even expect otherwise…” (lol)

After the audition, I just told my manager “I don’t think I’ll pass that one,” so when I got a message “You passed”, I thought it was just a dream and fell asleep again!

That’s how my days of walking together with Asuka began, but honestly speaking, my experience as a voice actress was still practically non-existent, and I didn’t even have a single role in a major franchise. I think I made all Asuka Producers very worried when my casting was announced. “Who the hell is that?” kind of way (lol). I think there were a lot of people disappointed by a totally unknown beginner with that little experience.

Before the announcement, rather than excitement, it was anxiety that overwhelmed me.

So the 31st January of 2016 has arrived. The voice actress announcement. I have received so many warm and passionate words of encouragement from all of you. It was like a dream. At that moment, I realized it for the very first time. “Aah, they really entrusted Asuka’s voice to me.”

Also at the exact same time, I realized how much that girl called Ninomiya Asuka was loved, which pressured me even more. But above all that, I strongly felt that I will do my best to make all Producers even happier, to make Asuka be even more loved.

Because this and that has happened, my meeting with Asuka was a truly unforgettable experience for me! Asuka, a girl who seeks the ‘extraordinary’ and wants to step into the outer world. Yet, the person that led me to the extraordinary and the outer world she looks for was Asuka herself.

Also, on Asuka’s debut single that I had the honor of singing, Kyoumei Sekai no Sonzairon (‘The Ontology of Resonating World’), there is the following verse:

“If you secretly turned the key to the New Wold… Then, together with me!”

Really. The one who gave the key to the New World to the weak me, who was starting to get lost in the everyday monotony, was her. Also, the one who took my hand ‘together with her’ and invited me was her, Asuka. 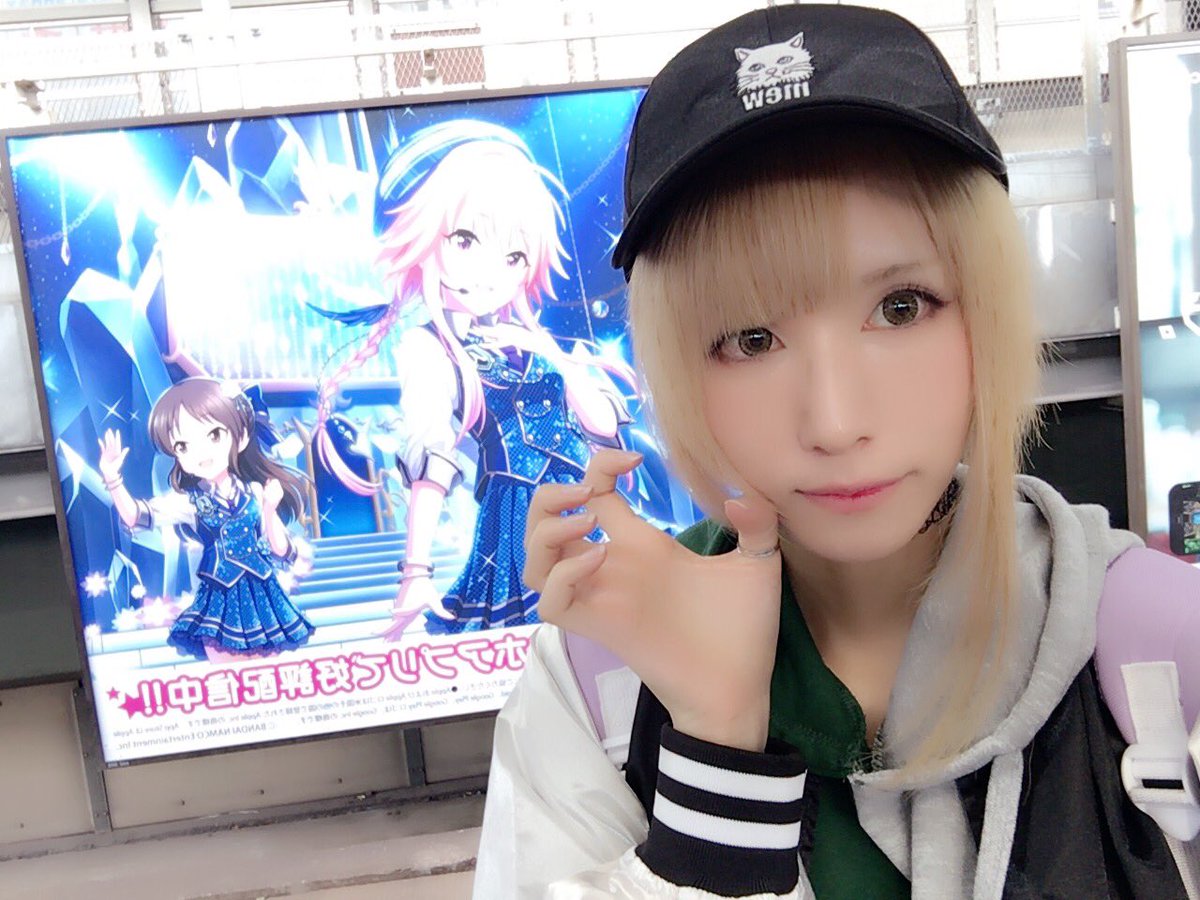 Aoki Shiki, born on 14th January. 162 centimeters. Blood type: AB. Roles include Ninomiya Asuka from Idolmaster Cinderella Girls. Her broad activities include those of a voice actress and a personality. A core gamer known under the gamer nickname Maou.

One thought on “Aoki Shiki’s Key to the New World”