So the date has been set, the 10th anniversary live of The iDOLM@STER will be in July 2015, that’s a bit less than 6 months from now.

You have decided to go, you’ve read the basic live attendance etiquette, your heart is set, you will attend no matter what !

…Something is bugging you though, besides the fact that Japan is know to be extremly hot and humid during Summer. It’s something much simpler really, …you’ve actually never been to Japan before and you are wondering about that.

So here it is, a quick basic guide of what you’ll need to check before going there. 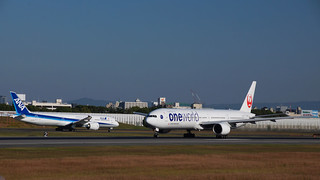 Obviously one of the first thing you’ll need in order to get to Japan is to have an plane ticket.

Going to Japan in summer is tricky because it’s a high season so prices will be high, and there’s not much you can do about that. Unless maybe you’ve watched enough Kaiji and you feel like an expert at gambling.

Basically prices can go down as they can go up. Analyst have all sorts of theory about Airfare prices , but it’s ultimately up to you to decide how much you are comfortable with paying.

That’s not to say they aren’t tools out there to help you a bit, for example if you use Kayak you can get set up price alerts. If you use google flights you can save an itinerary/flight and look at the price evolution of said flight. If you have a lot of frequent flyer miles, this is a good time to use them.

Godspeed producer may you make the best choice. 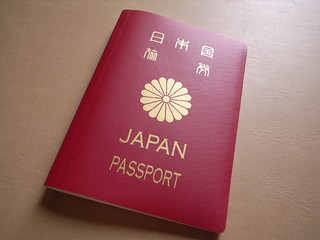 This should also be obvious, but you’ll need a valid passport to get into japan.

Some countries have policies that expect you to have a passport of with least six month validity ( that means if your passport is less than 6 month away from expiring you may be refused entry).

Japan does not. That being said there have been case where they apparently refused entry due to this, so better be safe than sorry, renew your passport in time.

As for Visa, you may or may not need one to enter Japan for a short period of time.

Please check here to see if your country has an agreement with Japan regarding Visa exemption : http://www.mofa.go.jp/j_info/visit/visa/short/novisa.html 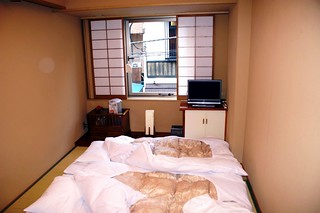 Oh boy, This one is not an easy one.

Tokyo is one of the most , if not the most expensive city to reside in when visiting Japan.

Depending on your budget and what you are comfortable with, you have quite a couple of options.

Japan being Japan, hostel are actually great budget locations to go spend the night at.

the Location is semi-important too, Seibu Dome is quite far from Tokyo, so you’ll want to chose a residence not too far from a major commuting point (like Ikebukuro) to facilitate the travel time.

Of course, you could also go lodge in Akihabara, the promised land, but do note that you are only adding more travel time.

Another good location would be Shinjuku.

Look around, Booking.com, Airbnb, Sakura-Hotels, Hostel, there’s an immense selection of places to go spend the night. I’d personally recommend you book a hotel as soon as possible as the close to the date we go, the less affordable places will be available.

PS: All the hotels around Seibu dome are sold out. 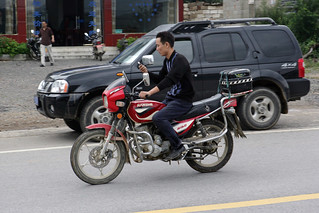 It’s 2015 and you probably cannot leave your phone for more than 2 minutes. So you will likely need to have a constant connection in Japan.

Well there’s two things you can do. Either get a Sim for your phone or a pocket wifi.

Personally, I like the Sim option better because it’s one less thing to carry around.

The trick for the sim however is to have an unlocked phone that’s modern enough it’s compatible with Japan’s network.

For SIMs and pocket wifi, Kurotsuki recommends E-Connect , Sakura-Mobile and pururu and get airport delivery for maximum efficiency and catching up on LINE logs while in the train.

The first thing you’ll want to do when exiting the airplane is getting to Tokyo.

Unfortunately I don’t have much experience from Haneda, but if you land in Narita,  you can get a around trip ticket for the Narita Express going  to Tokyo station for two-thirds the price of what it normally would cost, providing that you show your gaijin passport to the JR staff.

You could also take the Skyliner. The Skyliner is brand new, and much faster than the Narita Express, but because of stations it goes to, taking this or the N’EX (Narita Express) comes down to the same thing. There’s also currently a 10% discount on Skyliner tickets for gaijins

Once in Tokyo I suggest you meet your two new best friends : Google Maps & HyperDia

They will both help you greatly getting and scheduling your trips in Tokyo.

Google Map is especially convenient to not get lost when walking in Tokyo. Just watch out for directions it gives you in Shinjuku though, it will try to get you lost and will most likely succeed.

You’ll want to buy a PASMO or SUICA card and charge them with sufficient amount of money if order to avoid having to buy tickets every stops you make. Japan train fare is based on distance , so you will most likely never pay the same amount. that’s where those cards come in handy, swipe and go.  You can buy them at any train station.

You’ll find that good in Japan can go from relatively cheap to quite expensive.

It’s always a good idea to budget a minimum of ¥3000 per day for food. You might not even need it, but you never know when you’ll have fancy tastes.

So you don’t speak or don’t read Japanese and will have a hard time with the menu ?

You’ll definitely want to learn hiragana and katakana. It should take you more than 2 weeks to learn both. Go visit realkana.com to help you practice.

カツ丼 = Katsudon = fried pork on a blow of rice

Do yourself a favor and either go buy yen at your bank when the exchange rate is good before leaving , or retrieve cash from the ATM in Japan.

Don’t go to exchange places, especially not at the airport, or if you must , do that when you reach Japan (btw there’s an ATM at the airport…so go for that). If you use traveler checks, exchange it at the exchange places in Japan for the best deal. Also if you plan to exchange a lot of money at once (> $500 USD), then go to a money changer in Japan because the ATM may have a limit.

As you may have heard, credit cards are not widely accepted over there, big chain stores to take them, but it’s best to walk around with cash on you.

Also if you are to use your plastic over there, it is very important that you call your bank ahead of time to let them know you are in Japan , you don’t want your card blocked there on fraud suspicions.

Regarding ATMs in Japan, do check the type of cards they accept in 7-11 for example : http://www.sevenbank.co.jp/intlcard/index2.html 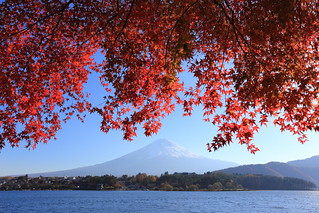 First : plan your itinerary. If you want to do anime pilgrimage, there are a couple of sites and blog online that tip you on what places to go see anime landmarks.

You’ll also want to give Wikitravel a check, it’s a great place to learn what kind of activity and sightseeing you can do around Japan.

Secondly: you’ll want to buy a JR PASS. This miraculous tool lets you take all the JR trains and busses all over the main island. ( it’s a bit useless in Tokyo , but it still works, that being said you won’t be able to get to Seibu dome with that)

You need to the voucher for it before you leave for Japan . You’ll redeem said voucher at the airport or at these JR stations.

Now for a quick recap/ tl;dr of things you’ll want to get (and consequently budgetize for):

…what’s that ? you want to ruin yourself further by attending more lives in Japan than just iM@S 10th anniversary but you don’t know what lives are playing when and where?

Sure thing, let me give you two wallet poisons :

Don’t blame your financial ruin on me !

Got questions about something I didn’t cover for first timers ? leave a comment ~

5 thoughts on “Going to Japan for the first time : Basic Checklist”